Home [away from] Home

Suzanne, Anemo, and I took a ride over to Oakland this past Sunday afternoon to see the installation of a "pop-up" art exhibit called Home [away from] Home. The exhibit coincides with the Ethiopian and Eritrean New Year, which usually falls on September 11. This first-time experimental event is sponsored by the Yerba Buena Center for the Arts as part of its "YBCA in Community" initiative, dedicated to connecting artists and underserved communities around collaborative projects.

The Home [away from] Home project is explained on the YBCA website:


The brain child of Ethiopian American singer Meklit Hadero, Eritrean American filmmaker Sephora Woldu, and Ethiopian American musician Ellias Fullmore, Home [away from] Home explores the often transitive and evolving nature of “home” as experienced by Ethiopian and Eritrean communities in the Bay Area. The mission of the project is to serve as a metaphor for African immigrants in the diaspora trying to build a home in America while maintaining and sharing their cultural identity in the U.S.

The exhibit evokes home quite literally. The centerpiece of the art project and weekend festival will be a model of an Ethiopian mud and grass hut called a ጎጆ ቤት (gojo bayt), or family hut.
We talked to a young man named Jon for quite a while near the hut. Jon was extremely kind and informative, and seemed to be enjoying meeting a wide array of people interested in the project. He explained that this event is meant to be inclusive of all Eritreans and Ethiopians in the Bay Area, and I can imagine that Eritreans would be more comfortable going to this event as opposed to the EnquTaTash (New Year) celebration put on by the Ethiopian Cultural Center. In fact the organizers of Home [away from] Home made sure the two events did not conflict with each other.
Interestingly, when I asked Manna (owner of New Eritrea Restaurant) what he was doing for the new year, he did not seem that aware of it, maybe because the day would be a work day like any other. I asked Yodit (the Swedish-raised Eritrean waitress) the same question, and she wondered why I was thinking so far ahead. Apparently, it can be a political question. According to this website on the culture of Eritrea, "[u]pon gaining independence [from Ethiopia] Eritrea changed its calendar from the Julian to the Gregorian. But the reckoning of time according to the Julian calendar exists unofficially and is known as the Ge'ez calendar." Eritreans, then, individually decide which new year to celebrate—September 11 (September 12 on leap year) or January 1—probably dependent on their feelings about Ethiopia.

But Jon and everyone we talked to, including founder Meklit Hadero, whom Suzanne and Anemo had seen perform in Sonoma, seemed proud that this was an open and integrated event, welcoming Ethiopians, Eritreans, and any curious non-habesha residents of Oakland and beyond. The three of us certainly felt welcomed, and we look forward to coming to the culminating festival on Sunday, when Meklit will perform as part of the hip hop group Copperwire.
Next to the gojo bayt, I noticed some Amharic letters scattered about. At first I thought they were a random selection from the Amharic fidel. But when I looked closer a significant word emerged: 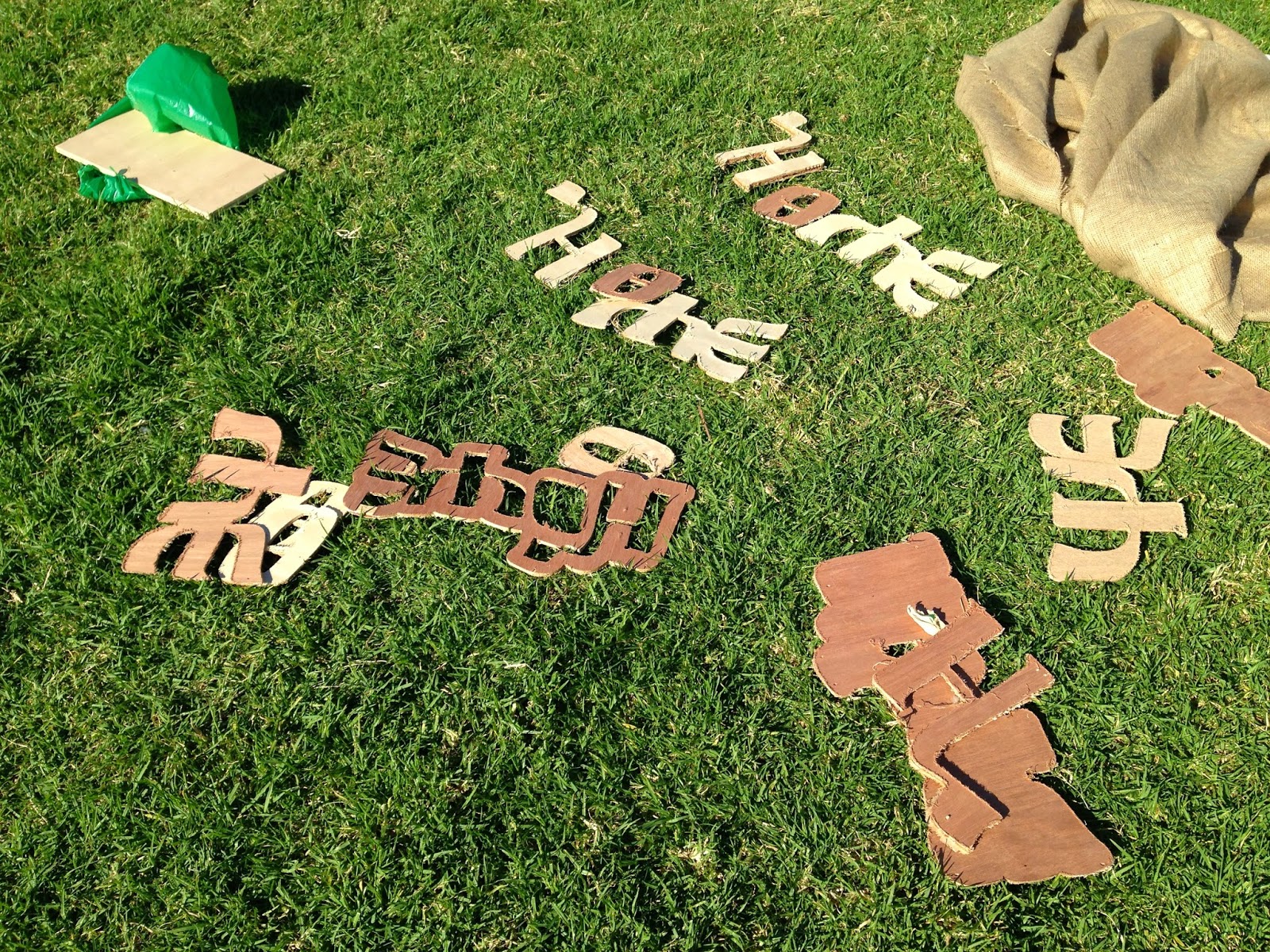 The letters used to make the word HOME do not actually mean anything together in Amharic; after all, the final letter (ጠ) is written sideways. And even if the final letter were rotated, you would pronounce the word zitseheTeh, as if you were using an Italian accent to say you hate acne. But just out of curiosity, I looked in an Amharic-English dictionary online to see if there were any words that at least start with some form of ዝ and ፀ. The closest I could find is the second word in ኦሪት ዘፀአት, which means the Book of Exodus. I asked Lulit if ዘፀአት meant anything on its own, but she confessed she had never seen the word, saying instead that I asked በጣም ጥሩ ጥያቄ (beTam Tiru Tiyaqay), very good questions. She thinks it must be a word from Ge'ez, the root language of Amharic.

I know this tangent is now far-fetched and without any serious analytical merit, but I couldn't help being surprised that the only word I could find starting with ዘ and ፀ somehow indicates the Book of Exodus, a story all about finding home away from home. (The first word, ኦሪት, refers generally to the five books of Moses.) The only other new year I know of that falls in September is the Jewish festival of Rosh Hashanah, which begins at sunset on September 24 this year. Just to show the semitic language connection, the Hebrew word ראש (rosh, meaning head, as in head of the year) is similar to the Amharic word ራስ (ras), which also means head. All mildly interesting trivia to keep in mind as we head into this season of Ethiopian and Jewish New Year celebrations!